This could turn out to be a raving/raging post (yet again) about hospitals in Oman but because I currently lack the energy to be angry…I shall refrain from typing in CAPS and cursing after every second word.
A disclaimer: a first-time expectant mother will worry about every little thing that doesn’t “feel right”. She does not necessarily need to be in agonizing pain or in a life threatening situation to be rushed to the hospital. Sometimes a light fever and consecutive dizzy spells are all that’s needed to seek medical attention.
So there I am (at work-that’s where) on Wednesday morning when all of a sudden I begin to feel a little feverish and simply “off”.  I also had a few other symptoms that should solemnly remain between me and doctor so that half the world is not grossed out.  After fighting the sinking feeling that maybe this isn’t simple fatigue I caved and called a fellow doctor- who in turn told me to go to the nearest clinic and get checked out “just to be on the safe side”.
I seriously told my superior I will be back in an hour because I am going for a quick check up. (I should have said Inshallah at this point.) Alex picked me up and we went to the nearest clinic as suggested, the closest one being Al Raffah where I am currently registered. On my way there I kept on calling the operator to make sure there is a gyno there I could see. No one picked up. I called about 8 different times. Yes I had the right number- they just didn’t pick up!
As we stormed the lobby of Al Raffah hospital we soon came to learn that there was no gyno on call and my doctor would not be available until 6pm. Because…you know…doctors work in shifts.  Apparently it is perfectly acceptable not to have a doctor there for 6 hours at a time!!! They only had a GP- which would have helped if I had a bruise or maybe a sore throat…
Suppressing our anger we drove to the closest hospital from Al Raffah- Muscat Private Hospital. Again, I called them on the way there the operator picked up (Hooray??!!) but the line quickly died when she was transferring me to the “correct” department. Ugh.
I quickly felt like I was having the most surreal déjà vu of my life when we learned that they too did not have a gyno on call because “the entire department was attending a lecture and will only be back in a couple of hours”.  Now, please note that both of the above hospitals have DELIVERY WARDS and possibly women going into labor that very instant- but who gives a monkey’s I guess?
I began to feel quite anxious as by that point in time all sorts of nasty scenarios regarding the baby’s health ran through my mind. We did the only thing we could think of. We drove to Sultan Qaboos University Hospital.  FIY (if you aren’t local) that hospital is 45 minutes away. Make that 1h and 25 minutes when you are driving there at 2:30pm just as about everybody in Muscat is leaving work and heading home.
Keeping a long story short- we finally found ourselves registering at the Accidents and we Emergencies department of SQUH and they quickly send me to get my blood pressure and temp measured (both were high!). The nurse (an attentive young man) was however very reassuring and told me that he marked my file as urgent so that the Emergency department makes me their priority. An hour and a half later we are still sitting there. Alex is dying for some water. I keep pacing the waiting area (which is divided into male and female sections). I “borrowed” the chair the security guard was using, by the door, and sat on it with Alex standing responsibly by my side. We seriously watched dozens of people come in and leave, leave and come in again…and we were still waiting. They reassured me that this was unusual and the emergency gyno department was having a rather hard day with 3 women coming in with bleedings and what-nots. Now, had I been in any serious pain or god-forbid bleeding, I am fairly certain they would have seen me sooner.  About two hours into our waiting game we began to notice amusing details about the waiting room such as the “Welcome to the Accidents and Emergencies Department” poster- which Alex found hilarious and also the fact that my in-patient bracelet said that I am 170 years old. I thought about telling the doctor that my emergency is “old age” when she asks me what I am in there for.
But other than that when we were finally admitted the doctor was lovely, the nurses were lovely and their approach was absolutely relaxing. Although they did kick daddy out at some point as he was being overly anxious. They did a quick check up, a whole bunch of tests and a quick ultrasound to check the baby’s heartbeat and movements. Everything turned out to be ok at the end.
As we were leaving I received my registration card, neatly typed up to include my admission number, name and get this….”English People” in the nationality field. I laughed at this thinking that now I have a valid document to present to the British Embassy once I apply for my UK passport (because my hospital registration card says I am British- that’s why!). It wasn’t until we paid and received a receipt addressed to an Olga Mubarak (P.S that isn’t my actual last name) that I realized perhaps my dream of obtaining a UK passport might have to be abandoned due to my newly-acquired-obviously-Arab last name.
A little bit of humor can get you a long way. 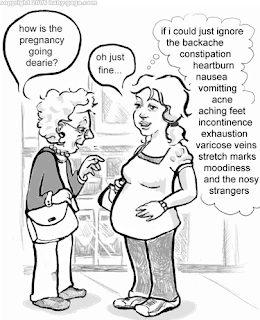